It’s a beautiful thing that we’ve been seeing over the last few years.  More and more craft breweries are opening their doors throughout America (and actually a number of other countries) providing thirsty customers with a number of new choices.  While total US beer sales are about flat, the craft brewing industry continues to see double digit growth in total volume and sales dollars.  From the Brewers Association, in 2012 the craft beer industry grew by 15% in total volume and 17% in retail sales dollars.  While experiencing all this expansion, the craft beer market still only represents 6.6% of total beer sales in the US leaving much more room for growth.  To fuel all this new demand, microbreweries and brewpubs have been popping up all over the place.  In 2011, there were a total of 1970 craft breweries which has increased to 2483 as of June 2013.  While updated data isn’t yet available for all of 2013 from the Brewers Association, the industry doesn’t appear to be slowing down yet.  This all begs the question, how are a bunch of small breweries stealing market share from the corporate giants that have dominated the beer market for years and have all the connections, funding and advertising that we don’t? 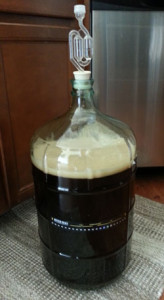 Home brewing is a gateway into craft beer:  Home brewing continues to grow and this community is going to be one of the most enthusiastic supporters of your microbrewery or brewpub.  They are educated in what quality beer is and are some of the leaders in the pack in helping to promote your brewery.  Their friends look to them for what breweries make “good” beer.  Home brewing forums are insanely popular and getting this pack on your side is vital to the success of your brewery.  Owners like Seth from Bull City Brewery realize this and try to give back to the community of home brewers by holding home brewing competitions and classes to help educate home brewers to make better beer (see the article with Seth on creative ways to promote your brewery).

Expanding education and tastes for craft beer:  We owe this to some of the trailblazers in the industry who helped to educate the public and slowly get the population used to drinking beers that were different than the bland types offered by the consolidated beer industry.  As craft beer becomes more main stream, customers are continuing to demand a greater variety of beers and willingness to experiment with new types of brews.  Those breweries that do a better job of educating people on the different styles of craft beer will put themselves ahead of the pack.  For the craft beer industry to continue to grow, we either have to keep robbing market share from the big breweries or bring “non-beer drinkers” into the mix.  Tours are a great place for this but so is educating new customers at the bar or at the table of your brewpub.  Take every chance you can to give the history of the beer, how it’s brewed, where the ingredients are from and everything else in between.  The better that you can educate those not as familiar with craft beer, the more loyal customers you’ll have for your brewery.

Greater consideration to what’s in your food and drink:  In recent years, the country has seen an increased focus on our diets and where our food comes from.  One only has to look at the rise of healthier food stores like Whole Foods or organic food producers like Annie’s.  People are generally moving away from more processed foods from the big competitors to smaller, more natural diets.  Since people increasingly want to know where their food and drink come from, make sure that you’re telling that story.  What area of the country did your hops come from? What specialty grains or other ingredients make up the beer?  Could you bring out examples of the malted barley used to let your fans feel, taste and smell what makes up their beer?  By involving your customers with the ingredients that make up the beer, it builds a connection with that person and helps put you ahead of the big breweries.  In the coming weeks, we’ll have a podcast with Sarah from Adelbert’s Brewery in Austin, TX talking about the power of teaching about your beer.  One quote I loved from Sarah was “People come into our brewery tour liking our beer but once they get to hear our story, they leave loving our beer.”

Increased movement of buying from the local community:  Tying into the last point, communities are coming together to support their local businesses.  They like knowing where the products they buy are coming from and like knowing the story behind the beer.  To really hit on this point, your community needs to see the people behind the beer.  People don’t like supporting brands or corporations, they like supporting people.  Hiding in the back room all day brewing does not help your potential customers make that connection.  In our podcast with Mayday Brewery, Ozzy talked about the importance of putting yourself out there and being the face of your brewery.  Tell your story and how you got into brewing.  Social media and new apps like UnTappd allow you to expand your reach and share your story.  Make people feel like they know you even if they’ve only met you through social media.

It’s More Than Just About the Beer…

One thing to notice about the list above is that there’s so much more to the craft beer movement than just the beer.  If you really want to succeed, you can’t just count of brewing a quality beer and hope that the “beer sells itself”.  On the other side of the fence, if you are not brewing quality beer and just got into the brewing industry to try to make some money by riding the trend, you will fail.  The 90’s saw a rapid period of expansion in the craft brewing scene that fizzled out by the end of the decade.  One of the most common reasons cited is that many breweries popped up that just didn’t put out good beer.  Those breweries are long gone and I hope we learn from the mistakes of the past.  We’ll just say that quality is a given and if you’re having issues with quality, you’re getting the help you need to get there.

The breweries who can build personal connections with their community and home brewers, educate people new to the craft beer industry, show the local side of their beer and share the ingredients that make it up will be those that really make themselves stand out from the crowd.  While the craft brewing industry continues to accelerate, this cannot continue forever.  Now is the time to set your brewery apart and build that loyal fan base that will support you when the industry slows down.

As we go forward, I’ll have other articles and podcasts building on these key driving forces and how you can hit on them through different parts of the business.  Next week, I’ll be covering the power of branding with Harvey Shepard from Oh Beautiful Beer.  I’ll also be launching our second podcast with Eugene from Alamo Beer Company where we’ll be talking about his unique way of building his brand around one flagship beer.  To be the first one to know when we launch new content, make sure to sign up for the mailing list below.  Thank you so much for reading and see you next time!

MicroBrewr 001: Setting Your Brewery Apart and the Beauty of Jorts w/ Mayday...

Branding and Transforming Your Beer Into Art
Scroll to top