You are here: Home / marketing

Social Media and The Conversion of a Non-Believer

Over the last few years, I’ve talked about deleting my Facebook account.  People would get mad at me since they’d send me a Facebook message and I wouldn’t get back to them for three months because I wouldn’t ever check my notifications.   After I found my beautiful wife after college, Facebook just didn’t seem to serve much of a purpose for me anymore and I lost interest.  I got my first personal Twitter account around a year ago and had tweeted a total of 4 times.  Instagram, Pinterest and Snapchat were things that my sister or wife would try to explain to me what they were and what purpose they served.  To sum it up, I was a non-believer of social media and didn’t really get the point.

As I was in the process of starting up MicroBrewr, I created a token Twitter and Facebook account just because I thought that having those pages would make the site look more “professional”.  I wasn’t planning on putting much effort into those pages because I didn’t think I’d get that much return for all the time that was required.  When I finally launched the site, I had a couple of Facebook likes and maybe a handful of followers on Twitter.  Then, something crazy happened that instantly turned me into a believer in social media.

When I launched MicroBrewr, I was hoping for maybe a couple of hundred people to visit within the first week.  After all, MicroBrewr was a brand new site out there that no one had ever heard of. I figured that I should send out a post to the few followers that I had about the articles that I was including in the launch.  The morning of the launch, I sent out a tweet and Facebook post on one of articles which was called 61 Brewers Speak Out: What I Wish I’d Known Before Starting a Brewery.  Suddenly, my phone started buzzing with a number of people who had shared the link.  This post took off and lead to hundreds of tweets and over 3000 page likes on Facebook.  The sharing took on a life of its own and led to 25,125 unique visitors within the first week of having the site launched.

With most craft breweries, advertising budgets are tight (if they even exist) and social media gives you a great way to create loyal fans for free.  As we discussed in the post How Small Craft Brewers Continue to Dominate the Corporate Giants, one of the key drivers of the craft beer movement is people wanting to buy local and know who is brewing their beer.  Social media gives you an easy connection to build those lasting relationships which translates into loyal fans.  If you’re running a brewery or are thinking of starting one, there’s no doubt that time is also tight so here’s some quick tips on how to get the most return out of your precious time.

Top Four Tips When Using Social Media For Your Brewery

You Can’t Do It All – One thing that kept getting me stuck is that I was overwhelmed by the number of social media sites that were out there.  I figured that if I was going to do one, I had to do them all.  After some soul searching I decided that I needed to focus on just a couple and do them well.  Since this arena is constantly changing, I’m continually looking for changes in demographics and trends to see which ones will give the best response (here’s a great update of 2013 social media demographics).  For breweries, Facebook and Twitter are still key but there are a couple of others that seem to be emerging.  Instagram has potential since users have very high levels of engagement and is very skewed towards younger users that are very supportive of the craft beer industry (as long as they are drinking age).  The other one that I believe is key is Untappd since I don’t know how you could get a much more targeted audience than that.  The key is to pick a few social media platforms to focus on and do them well.

No One Likes Someone Who Talks About Themselves All the Time – While you should be sending out reminders of the next brewery event or new beer you’re releasing, these should not be the only thing that you’re sending.  With the bombardment of content that our society gets especially now with social media, people are very reluctant at being sold to.  While talking about that happy hour special is great, make sure you’re also actually connecting with people rather than trying to just sell to them.  Once people get to know you through social media, when you do send out those posts promoting your new small batch beer, people will be much more willing to listen.  Gary Vaynerchuk wrote a great book about this called Jab, Jab, Jab, Right Hook which I’d highly recommend checking out if you get a chance.

Each Social Network Has Its Own Rules That You Don’t Want To Break – If you started out like me and didn’t use social media much before, it takes a bit to learn the “rules” of each platform.  People communicate differently on each platform and if you don’t take the time to learn the right way to share, prepare to be ignored.  Some examples that I see every day are people who automatically share copy their Twitter posts to Facebook.  If I see you talking about “@someone” on Facebook like you’d reference a person in Twitter, I know that you automatically updated your Facebook page and I immediately lose that personal connection with you.  If you’re new to a social network, Gary V’s book that I referenced above is a great way to get you quickly up to speed.

Honestly Ask Yourself If You’d Share What You’re About To Post if It Came Across Your Feed – Social media can have amazing returns if you put out content worth sharing.  The beauty of social media is that if you send out good content, the sharing can take on a life of its own and reach so many more people that you could have yourself.  Think of how you scan through your feed on Facebook or Twitter and how little time you spend looking at each individual post.  If you’re like me, you’ll probably scroll though quite a few posts before stopping to take a closer look at a picture or headline that catches your eye.  Taking the extra few minutes to make that content stand out can really make a difference on the engagement and ultimately new fans that you get for your brewery.

Since time and money is tight, I’ve put together an e-book with six free social media tools that you can use to build your presence online and get your beer into the hands of more people.  As my thanks for visiting MicroBrewr, simply click the button below and I’ll send you the e-book free to your email.

Welcome to Another MicroBrewr Podcast!

I’ve just got to say that I am having a blast doing this podcast and there are many more to come.  If you’re new to MicroBrewr, I’m here to help out if you’re looking at starting up a craft brewery or want to take your brewery to the next level.  For the podcast, I get the pleasure of talking with a number of people in the craft beer industry to spread the knowledge to the rest of the community.  If you’re thinking of starting a brewery, I’d also check out the 12 question guide you can use to help figure out the financials when in the planning stages.  Welcome and if you get a chance, I’d love to connect with you through Facebook or Twitter (you can always use my contact page too!). 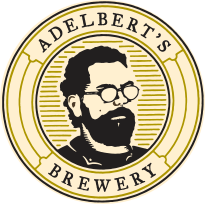 The craft brewing industry is full of amazing people and Sarah Zomper Haney from Adelbert’s Brewery is no exception!  Adelbert’s Brewery is located in Austin, TX and focuses on Belgian-style brewing and bottle-conditions their beers.  Sarah and I will discuss topics from marketing, distribution, branding, social media and everything in between.

In this episode we’ll talk about:

Check out the Adelbert’s Brewery or Enjoy Their Bottle-Conditioned Goodness!

Show your support to Sarah and Adelbert’s Brewery for all of the great information that they shared by going on a brewery tour or buying some Adelbert’s beer.  It’s a beautiful thing when you can give back by drinking beer:)  Here’s some of the ways you can connect with Adelberts!

If you like this podcast and all of the free info that I’ve been working to get out to help the brewing community, I would really appreciate it if you would give me a rating in iTunes and share this podcast with your friends.  All you need to do is search for MicroBrewr in the iTunes store or you can use link this link here.  Giving a rating in iTunes will continue to push the podcast up in the rankings which help get the word out to more people.  The support I’ve had with three podcasts in has been so awesome and if there’s anything that I can do for your help promoting the podcast, let me know!

We Made It To Podcast #2 (I’m going to have a beer to celebrate)!

First off, I have to say thanks for the amazing support and feedback that we’ve got for the MicroBrewr site and the podcast.  In just the first week of having the site up, MicroBrewr has already had over 25,000 visitors.  I’ve been able to talk to so many people who are thinking of taking the plunge into starting their own brewery (or who already have) and it’s no lie that the craft beer community is awesome!  If you want to subscribe to the MicroBrewr podcast instead of listening to it on the site, the podcast is now up on both iTunes and Stitcher which you can find by just searching for MicroBrewr in either program. 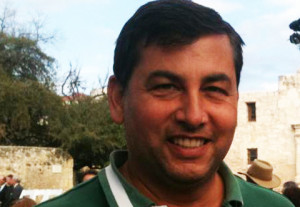 In the second podcast, I had the pleasure of talking with Eugene Simor from Alamo Beer Company.  One of the reasons that I wanted to talk with Eugene is that he’s taken a different approach to getting into the craft beer industry by using his flagship beer, Alamo Golden Ale to build his brand.  Up to this point, Eugene has used contract brewing (“kind-of”) to brew Alamo Golden Ale and is currently in the process of planning his own brewery.  With his 10+ years already selling his beer, Eugene has proven his brand (which helped him get a $5 million SBA approved loan for his brewery) and has a ton of great information to share.

In this episode we’ll talk about:

Make sure to pick up some Alamo Golden Ale to give back to Eugene for sharing all of the knowledge that he has gained starting up Alamo Beer Company! Here’s some of the links to find out more about Eugene and Alamo.

Links Mentioned in the Podcast:

If you want to get updates on future podcasts and join the amazing MicroBrewr community, you can click the button below.  To try to give back and to show my thanks for joining, I’ll send you a free copy of our “6 Social Media Tools to Get People Talking About Your Beer” e-book.  You rock! Let me know if there’s anything else that I can do for you!