Dave Hoops has been brewing for decades. He brought what he learned in California to Minnesota and helped change the brewery laws there. Now his West Coast style beers have been working well for Fitger’s Brewhouse Brewery & Grille, in Duluth Minnesota.

Minnesota does not allow breweries to self-distribute to outside accounts. So Fitger’s has “tied houses,” restaurant/bars that are “tied” to their brewery. That is, their production brewery makes beer for the restaurants that they also own.

If they wanted to package beer for outside distribution, state law would require them to sell the restaurants and just be a package brewery.

“The only reason that these laws haven’t been challenged,” says Dave, “is because nobody has gotten to this level yet. I’m sure they’ll change it when it happens.”

It’s peculiar because Duluth is right on the border with Wisconsin, which as less stringent laws. So they move their company just 5 miles to the south, they would be allowed to sell their beer to a wider audience.

Still, Dave says the Minnesota brewery market is expanding rapidly. The state recently passed a law that allows productions breweries to have a tap to serve food and their own beer.

Dave was on the board of the state brewers guild and, like Jeff Mease from Bloomington Brewing Co., he helped change laws to make it easier for breweries—like the ability to sell growlers.

“I’m a veteran now, I’m a little more patient,” says Dave. “It’s in [the state’s] best interest to help us sell more beer. So eventually they come around.”

Dave’s advice for reforming brewery laws in your state:

“I feel really lucky to be a part of this artisan trade that’s been around for centuries.” [Tweet This]

From Lisa Boban: Can you make something other than beer?

You can reach Dave Hoops and Fitgers Brewhouse Brewery & Grille at: 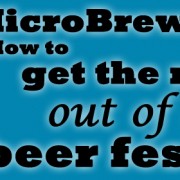 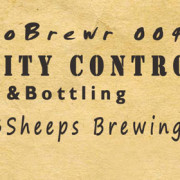