Noble Brewer is an online craft beer club featuring homebrewers’ best beers. It’s not exactly legal to sell homebrew by mail, so Claude Burns at Noble Brewer connects the homebrewer with a commercial brewery. Then they ship great homebrew from their base in Oakland, California.

If you want your homebrew to be featured in one of Noble Brewer’s quarterly shipments, here’s how Noble Brewer picks the homebrewers:

Read: Homebrew craft beer club. And then I never left the house.

I think it’s pretty aweome, but the main reason we talked with Claude is to find out for to start a contract brewery.

Of course, to sell alcohol, you need to have some kind of license. The process and licensing is different in every state. So Claude advises that you check with a lawyer. Usually a contract brewery is set up like a distributor.

In California, Claude says, most contract breweries would use a Type 17 license from California Department of Alcoholic Beverage Control. This allows you to have beer made for you by another brewery, then you can sell it to retailers.

Be very detailed in telling your state licensing agency what you want to do. They’ll suggest the license that you need. Then ask a lot of questions to make sure you’ll be able to do the things you intend to with a given license.

Check this page for a list of state alcoholic beverage control boards.

Next you’ll nee to find a contract brewery to manufacture your product:

Choosing the brewery to work with:

Depending on your agreement, the different responsibilities will lie with one party of the other. Sometimes the brewery will do more, sometimes you’ll need to do it. So check with your brewery to see whether they’re expecting you to provide your own ingredients and packaging, whether you’ll need to get TTB approval on your labels, or other tasks.

“If you’re a contract brewer, and that’s going to be more of your long-term strategy,” advises Claude, “you’re going to do things like [contract directly with a hop supplier] so you’re going to have your own source of hops for your beers.”

“If you want to put a ton of really restrictive terms in an agreement, as a [small startup] contract brewer you may be less likely to enter that agreement. It’s really about developing that working relationship with each other and making sure that you have the same goals in mind and you’re working toward something long-term.”

From Dan: How hard/easy was the licensing from the state? What local regulations did you have trouble with? Were the locals helpful in setting up the business?

You can reach Claude Burns and Noble Brewer at: 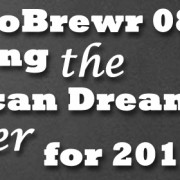 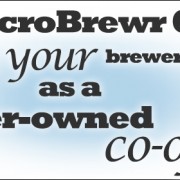 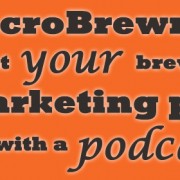 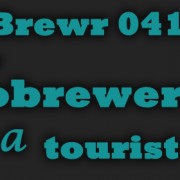 MicroBrewr 041: A flagship nanobrewery in a tourist town

MicroBrewr 075: Recruit the right people for the right job
Scroll to top