Welcome to MicroBrewr podcast. We talk about everything craft beer related, with a focus for people looking at starting their own microbrewery or wanting to take their existing brewery to the next level.

As usual, I’m Nathan Pierce, the host of MicroBrewr Podcast.

How often do we get to go behind the scenes in any business? To talk with successful business owners and find out their worst mistakes, their biggest successes, and get advice for doing it better than they did. And we do this every week not just for any business, but for craft breweries!

When I first heard this podcast probably in episode 2 or 3, when Joe Shelerud was doing it, I was neck deep in developing my business plan. The episodes were still just every other week and I couldn’t get enough of them.

Even after Joe interviewed me on episode 5, I was still listening every week, taking notes, getting light-bulb moments, and learning things that I hadn’t thought of, ways to fix my business plan or make it better. It was such a great resource to me at the time.

Then when it was going to end forever, I called up Joe and asked him if I could continue the website and podcast. I just felt that it was a great resource for myself, so I didn’t want it to end.

And I was thinking of others who must be using it too. I’ve heard that more than one brewery per day has opened this year. That’s a lot of people who need this very information.

I happened to be cruising past Medford on a road trip this summer, so I called Opposition, totally last minute, and they let me come in on their day off. They were closed for business but they were there doing other work, and they gave my girlfriend and I tour of their little nanobrewery. They even gave me growler, my very first growler, believe it or not. And it’s pretty cool, too. I like their logo, and the growler is printed with silver, glitter ink. So it’s pretty neat.

And then we talked with:

The blog has some pretty informative posts from some of those guests.

And there’s other info on the blog. I’ve been trying to add some other resources to the website, too.

I mean there are tons of books about operating a brewery. (Many of them are on the MicroBrewr book list. hehe) You can find this information anywhere, and some of it can be dense.

I’m trying to make this approachable to people just like me. Maybe we don’t know what we’re doing, but we do have a dream.

It’s not unrealistic. I’ve talked to people who didn’t know what they were doing—they didn’t have business experience—but they had a dream. They had passion and desire, and they opened their own brewery. Usually it’s starting small, but they’re doing what they love. They have the reward of working for themselves and doing what they know deep inside that they should be doing. And they’re making profits, they’re paying the bills, they’re still in business.

Maybe I’m crazy, but I’d rather work 60 hours or more at my own brewery, than 40 hours for someone else.

I want to create something new. I want to help other people. I want to inspire others to be great.

And craft beer is so exciting. This is such a neat industry. Who knows how it will be in the future, when there is actually competition and there are so many breweries that everybody, even the little guys, have to compete with each other. But for now, it’s an industry that helps each other. All the breweries are raising each other up. They’re loaning ingredients to their friends across town, or even loaning staff! Or they’re just sharing their knowledge—like on this podcast.

So this is where I want to be.

I’m still learning how to start a brewery, and MicroBrewr has become a huge part of that.

So I’ve been neglecting the actual grunt-work of really trying to start an actual, brick-and-mortar business—a brewery. Yet this is, in fact, moving forward on my plans to start a brewery.

I’m updating my resume with the skills and knowledge that I’m picking up through this. When I go get money from the bank or investors, they’ll want to see that I’m knowledgeable, that I’m competent and qualified to make it work and to pay them back.

I’m making connections. I now know 50 or so people who are inside the industry, already doing what I want to do. When it comes time to find mentors, I have a big pool of people to draw from.

Even one person reached out to me about partnering on an actual brewery. We met in person, we talked a couple hours, hopefully we’ll meet again. Who knows where it’s going to go, but it gave me hope that this is still possible. If nothing comes from that, maybe somebody else will find me from MicroBrewr.

People can have a conversation with me every week—myself and the guests of the podcast. So they’ll have a pretty good idea what I’m all about, and they can check my blog nathanpierce.me and learn more about my vision of the brewery that I want to start. Who knows what can happen.

But not enough is happening.

I know the MicroBrewr audience, the “MicroBrewrs,” feel a connection with me. I know how it is, I listen to podcasts, too. I mean, I feel like Pat Flynn is my best friend because I listen to his podcast every week and he helps me so much, but I’ve never met him.

So I’m going to be honest. If you listening to this show, you probably know I go deep. So here’s the deal. You all know I quit my job last year. My savings is running low and my part-time job isn’t cutting it anymore.

I gotta find a real job.

Then I’ll have some actual, real-world experience under my belt. I can learn what it really takes, day-to-day, to operate a brewery. Experience is crucial.

Man, in a dream world, the brewery who hires me would recognize the intrinsic marketing value that comes with hiring a guy who produces a weekly podcast about craft breweries. They’ll give me time to continue MicroBrewr and I’ll be able to talk about things that happen at the brewery for all of us to learn from.

That would be amazing!

Maybe I’m just dreaming. I don’t know. If you own a brewery in the Bay Area, give me a call, let’s see what we can do.

But realistically, I already have several episodes of MicroBrewr Podcast recorded.

I was thinking ahead to the coming year and I kinda got zealous about the podcast schedule. It’s going to be a little bit different moving forward. There will be sort of themes. There will be series of episodes, a few episodes in a row, all on the same topic.

We’ll see how it goes. Send me message and let me know how that works for you.

Anyway, I’ve recorded several so far. So if I get a job right away and it ends up being just too much to keep this going, at least I have several episodes already recorded. That takes a lot of the work and time off my hands for at least the next few months.

Anyway, I just wanted to give you that recap, and that update. It’s a year-end bonus episode of MicroBrewr Podcast.

This is scheduled to publish on New Year’s Eve, but you might not even be listening to this until 2015. But if you listen to this in time…

I wish you a happy and safe time celebrating in the New Year. Here’s to 2015 and here’s to us, our plans, our dreams, our aspirations. 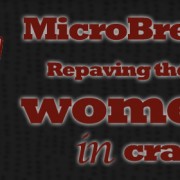 MicroBrewr 028: Repaving the way for women in craft beer 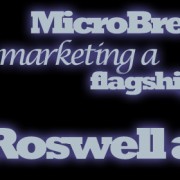 MicroBrewr 075: Recruit the right people for the right job
2 replies

MicroBrewr 042: Open a microbrewery to revitalize an economy

MicroBrewr 044: What every brewery should know about trademarks
Scroll to top